Today's post describes what has been the work activity during the second month of construction, March 2011. In the next photo, taken on March 7 th, you can see how at that time was completed the most of the excavation for the foundation of the building, and even the cleaning concrete has been poured. Over the cleaning concrete is placed the iron bars for the foundation, and then re-filled with concrete. At the bottom of the picture you can see how it has begun to place the iron. 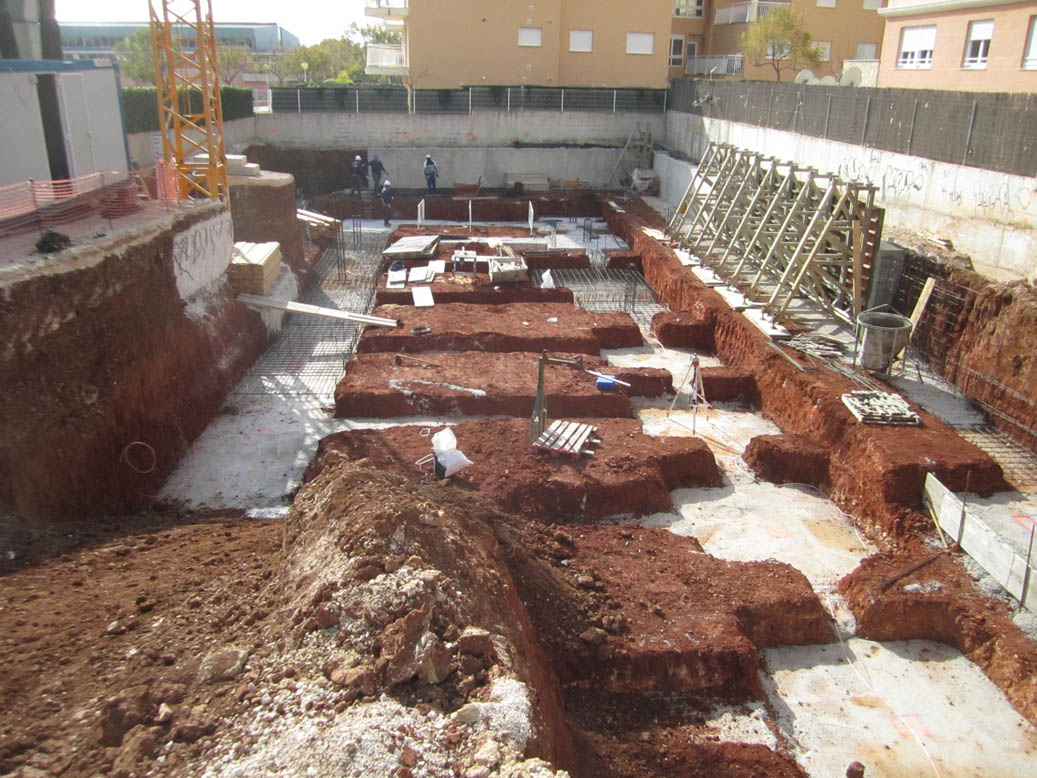 The second picture, taken two days later, was made just after finishing the concreting of the foundation, except, as you observe, the access ramp of the trucks, which was left until the last moment to access to the excavation of the pits where the rainwater, fecal and fire emergency deposits will be placed.

In this photograph, taken from the southeast corner of the site, you can see the circular marks left on the soil, referring to the place where the above mentioned deposits will be placed.

This detail picture shows how is usually composed a concrete retaining wall in its inside. Normally, a retaining wall is composed of steel bars in the vertical and horizontal direction, and its diameter is calculated according to the bending strength that have to be provided. On the right side of the image, there is a grey tube on the background. This tube is placed to make way for the sprats, which are the parts supporting the formwork of the wall on both sides. Also shown in the background left side of the image, there are some black pieces. These PVC pieces are used to ensure the proper distance between the surface of the concrete and the iron bars to prevent its oxidation. 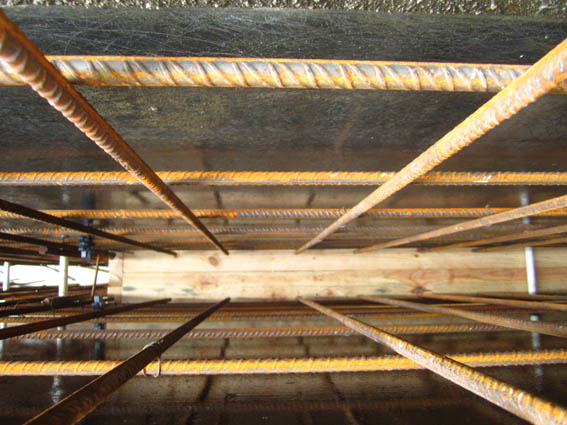 In this panoramic picture you can see how the access ramp for the excavator machines has already been removed and how is being developed the low wall side for the sanitary slab. Also shows the evolution of the concreting of the side retaining walls.

This photograph taken from the north side of the plot on March 30 th, shows the achievement of different works simultaneously. In the foreground is seen how the operators are working in the placement of steel for the last part of the foundation, where hitherto stood the access ramp. On both sides of the site, it is continuing the retaining wall of land. In the back half of the image, workers are making the supporting low walls of the sanitary slab, even the hollows to ensure the ventilation.

The last picture shows the correct execution of a vertical joint of a concrete retaining wall. It should provide an uneven profile to ensure adherence to the new side of the wall. In the center, it has to be placed a strip of bentonite to ensure seal. 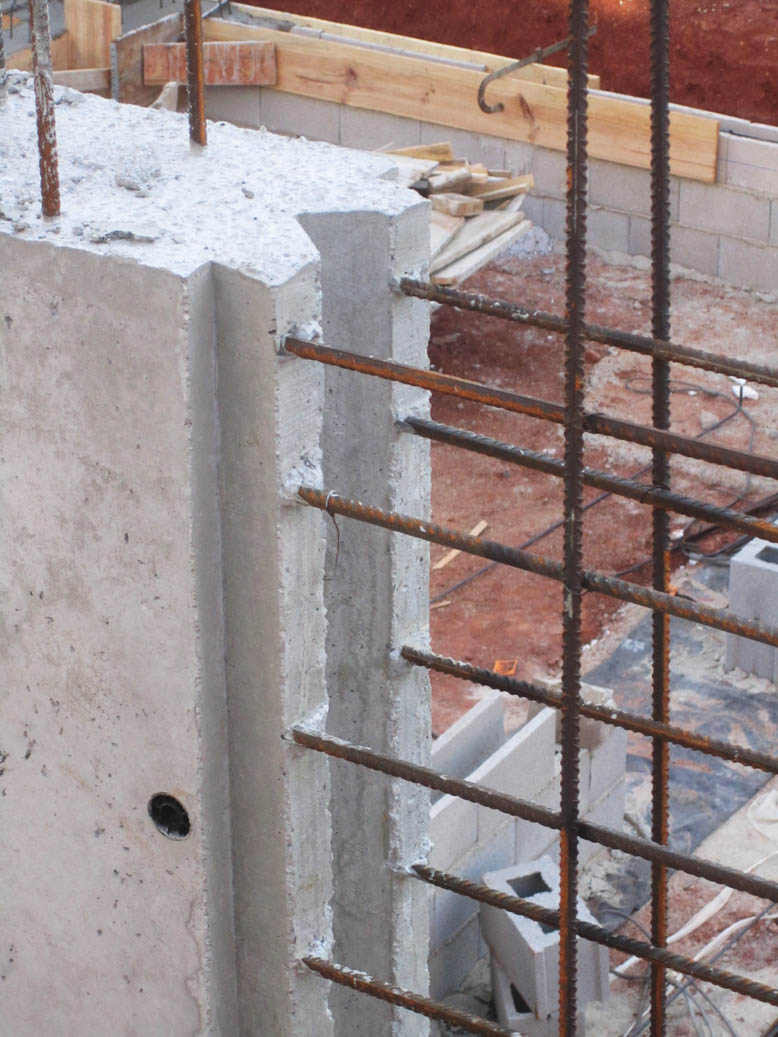 The next month we will show you how to execute the sanitary slab, waterproofing and drainage perimeter of the building, even how is execute the outside terrace of the socio-cultural center. Do not forget to visit us in april! 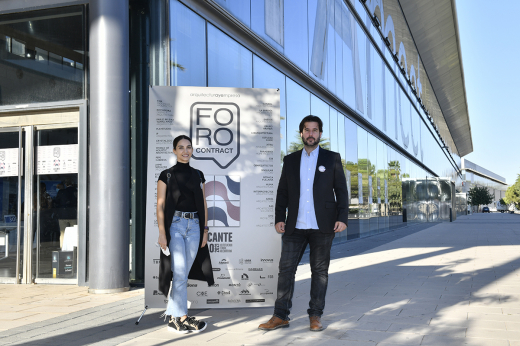 Singular Studio attended the FORO Contract Alicante 2021, event organized by Arquitectura y Empresa, where 35 of the most representative Architecture Studios of the Costa Blanca were gathered, as we... 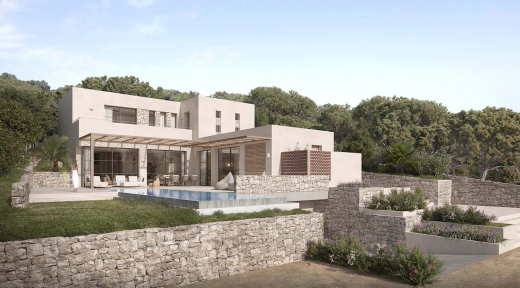 Ca La Pesquera is a house in the purest Mediterranean style, being completely flooded by the sun. We talk about a simple, cozy home with different areas that serve as recreation and rest. The house ... 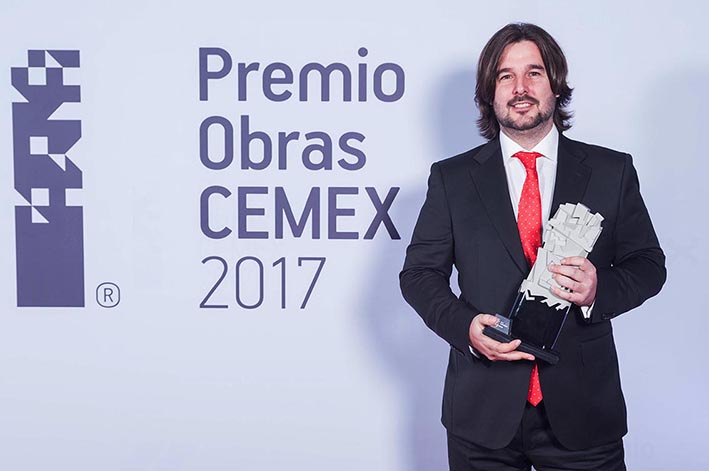 In Singular Studio we are celebrating. This year marks the fifth anniversary of the First International Prize CEMEX  Works 2017, to CONCRETUS HOUSE, which was awarded as the Best Housing in the cate... 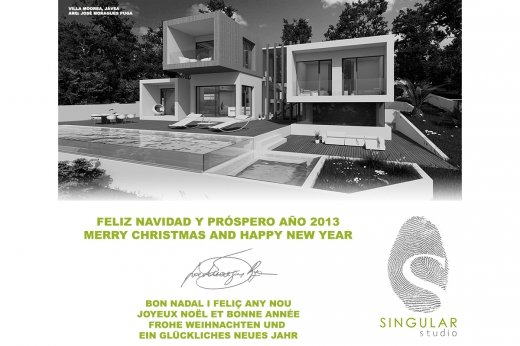