SOS EHS. We are all electro sensitive.

In this post I would like to introduce to you a very interesting documentary called "SOS EHS. We are all electro-sensitive". It is an Alish documentary for TimeForTruth where, amongst others, is interviewed my good friend Carlos Requejo, domotherapist with whom I have collaborated on several projects. The latest was in determining the applications to be adopted within the project of works for the construction of the Municipal Public Library and Socio-Cultural Centre in Jávea. It was not only intended to create a sustainable and energy efficient building but also one that had a healthy domain being built with materials and techniques that would not cause damage to our health. This documentary talks about EHS, also known as "Electro Hyper Sensitivity". According to Alberto Cela, its an unfamiliar disease within developed societies which is caused by exposure to electromagnetic fields. Being electrically responsive means having a set of related symptoms (headache, fatigue, difficulty sleeping) which are activated or intensified when one is exposed to electrical transformers, mobile phone masts and / or other sources of radiation. However, the person affected does not seem to have any problems when not exposed to them. This disease affects mainly people with a weakened immune system (children, the elderly or the sick,). It is not directly fatal but it could degenerate into a serious disease.

People with hypersensitivity to electromagnetic fields are greatly affected with a diminished quality of life not only due to their physical symptoms but also due to profound emotional changes. Currently, most recurrent outbreaks of radio-frequency pollution (RFP) are from mobile phone antennas which are on a par with cordless phones (DECT) and WIFI routers installed within homes. They permanently emit microwaves (24 hours, 365 days) from wherever theyve been placed. Mobile phones, unlike cordless phones only exhibit high levels of radiation throughout the duration of a call. At low frequency, non-ionizing radiation with the greatest potential risk comes from processing centers, substations and from medium and high voltage power lines, both aerial and subterranean, or those attached to the sides of buildings at first floor level. If power lines are not protected with high magnetic permeability materials (almost never, due to the cost) or are placed at a safe distance away from a dwelling, one runs the risk of being exposed to high levels of radiation. At times we see how people who have always enjoyed good health can become ill by exposure to electromagnetic fields. These are generated from electrical appliances (clock radio, stereo, etc...) that are within a close distance to the bed. Similarly, we can see that a child suffering from nervousness, insomnia and headaches is able to sleep and be restored to health after having corrected electrical wiring problems in the walls of their bedroom. The effects of radiation are cumulative and can be aggravated if the position of our bed is located above an underground stream, a geological fault or a crossing of the Hartmann-Curry line network (anomalies in the Earth's magnetic field). It would require various years for any of the symptoms listed above to appear. By shutting down the sources that produce these electromagnetic fields, correcting the electrical wiring that runs within walls or by changing the location of a bedroom, health or substantial improvements in health can be restored. Were these people electrically sensitive? Had radiation generating sources not been identified and their exposure reviewed? These people could have come to develop a more severe and permanent intolerance to electromagnetic fields. 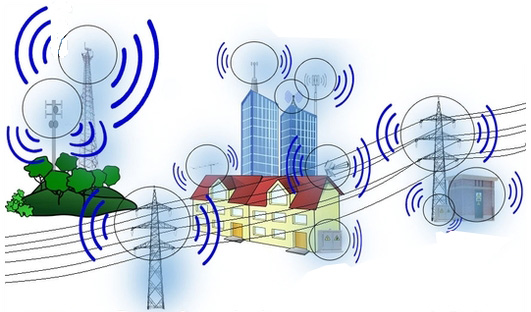 Electro-Hypersensitivity (EHS) can become the missing link that explains such diverse conditions as chronic fatigue, fibromyalgia, heart disease, certain cancers, depression, Alzheimer's, Parkinson's, autoimmune diseases such as lupus, rheumatoid arthritis, Crohn's disease, psoriasis, multiple sclerosis or diabetes and many other recurring health problems. Currently, as yet, there is no specific medical treatment for EHS as the patheophysiological bases of this syndrome are not fully known. The most effective method for improving the quality of life of those affected is to avoid or minimize exposure to each source of electromagnetic radiation. At Singular Studio we previously arrange for geopathy investigations on the land where we examine in detail its characteristics so as to effectively design the location of the rooms within a building. We also take into account the reduction of electromagnetic fields within the facilities and networks, especially electrics and telecommunications. We thoroughly examine the sources of radiation in domestic and work environments and to what we can be exposed to, such as electric and magnetic fields, radio frequency, microwave, static electricity, geopathies, radioactivity, etc., this is all integrated, designed and incorporated within the works project. 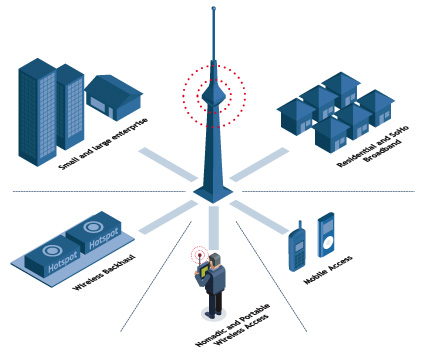 Other recommendations: - Replace constantly emitting desktop cordless phones with others that have the green label which do not emit radiation, except when being used. - Try to limit the use of mobile phones. - Replace WiFi networks to wires (ethernet), or where applicable, power up WIFI only when needed. - Replace old CRT computer monitors with flat screens (LED or LCD / TFT). - Substitute electrical appliances that use transformers, as they emit very intense magnetic fields. Fluorescent tubes and low energy light bulbs when within a close distance from our body. It would also be appropriate to replace them with LEDs, which in addition to low energy consumption hardly emit radiation. - Internal ventilation for at least 15 minutes each day and / or install equipment that generates negative ions to improve air quality and reduction of electrostatic charge. So it's in our hands, and our health somehow depends on it. As we do not have specific laws enforcing the reduction of emissions, its down to us to avoid them. Legislation in Spain is very relaxed whereas countries like Russia allow a maximum exposure value of 24 milliwatts per square metre, Switzerland 40, China 66 and Spain 4500 mW/sqm! In Spain, there are considerable disparities depending on which agency of measurement is involved. For instance, the Spanish central government allows maximum outer emission levels of 61 V / m, Catalonia 27 V / m and Castilla La Mancha 0.6 V/ m, following the recommendations of Resolution 1815/2011 of the European Council. They urged a reduction in emissions to 0.2 V / m in the medium term even though the World Health Organization states that higher emissions of 0.04 V / m can be harmful. I leave you with the documentary which I hope youll find informative. http://youtu.be/ZdRqXEKdle8