As we promised through our Twitter account, in today's post we present the Construction Diary of the Caragolets Nursery School of Jávea, whose work we are about to hand out.

In this post, as we have done with other post under the name "Construction diary of ...", we pretend to create a summary of non-technical information, intended to show to the public all the processes generated in Singular Studio works. It describes the main works that have come out, accompanied by interesting pictures of the construction. In the case at hand, and after a long search to find the ideal commercial space to develop this activity, we began to work with the activity, construction and execution project. After requesting the appropriate permission in the Department of Education and the certificate of urbanism compatibility and building permits in the City Hall of Jávea, the construction began. The specific rules for the construction of schools is very strict, namely Decree 39/2004 and the Decree 2/2009 of the Consell of the Generalitat Valenciana, but strict compliance enables the existence of this nursery school, fully accessible, and with all the technologies needed to ensure the safety, comfort and welfare of their students, in this case, children of 0-3 years. In this work, there was also another important determinant, wich was that it should be completed in a record time of 45 days. Below you can see a picture of how the place was the first day I went to visit it. It can be seen that was completely diaphanous, only with sanitation facilities on the upper floors and a thin layer of thermal insulation.

Work therefore began by performing multiple tasks tidy and simultaneously, first making all the hanging facilities from the ceiling, such as electricity, sanitation, plumbing, HVAC, etc.., while making opening holes in facade and double leaf on the envelope wall, as shown in the following image. 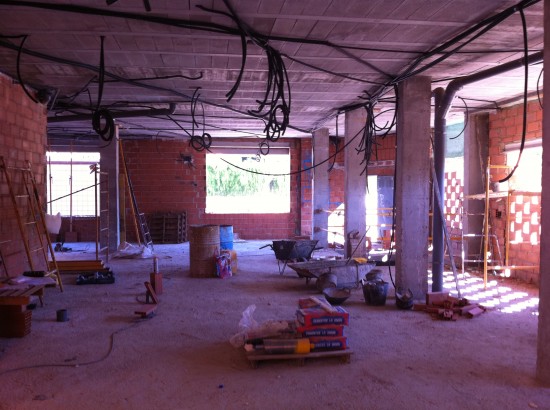 After preparing the slab surface, placing the passage of sanitation, plumbing and electricity, the slab of the ground floor was thermally isolated from the basement, which is not heated, to avoid energy losses, and then poured a layer of concrete leveling, as sub-base of the pavement. 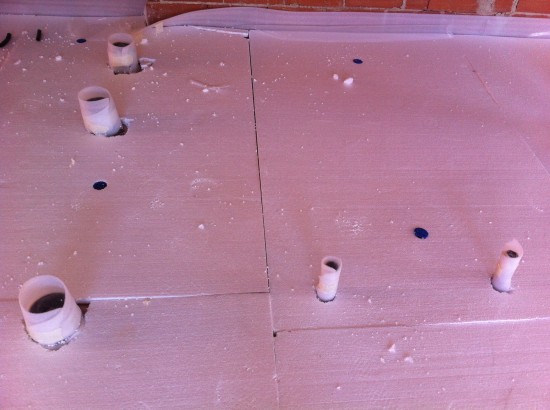 Then we proceeded to do other work, such as placing the exterior carpentry, plaster walls and placement of acoustic walls of plasterboard as separation between classrooms, as shown in the following image.

The placement of acoustic plasterboard walls had another advantage, such as the inclusion of facilities in a clean and orderly way. In the picture below you can see how the concealed cisterns of the child toilets were placed, while in other places could continue the work of partition. 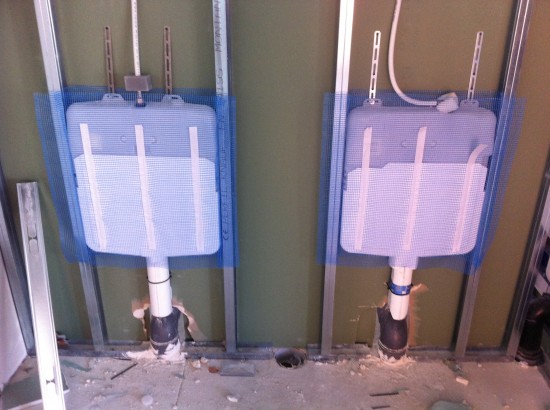 Of course, this center has been built barrier-free, for easy access and use the center to people with disabilities. The following image shows the completion of the ramp until delivery to the threshold of entry, without step, to facilitate access for people with wheelchairs or reduced mobility. 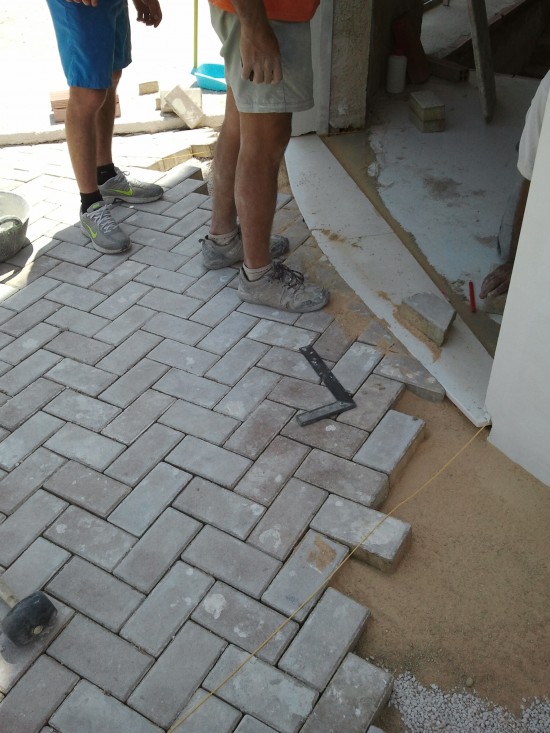 The following image shows the bathroom with the tiling works finished, where previously we showed the two concealed cisterns of toilets. The use of bright colors has been widely used in the children's area to stimulate them. 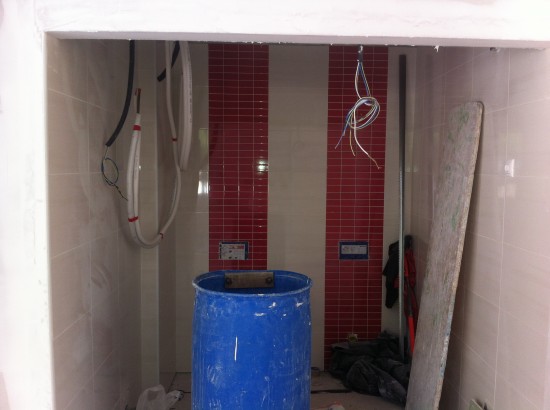 This image was taken from the same site as the fourth image of this post, but two weeks later. It shows the remarkable evolution of the work. Here for instance, it can be seen that the plaster cladding and the hidden installations of the ceiling have been finished. Also you can see how they were performing the laying of technical ceiling and electrical wiring. 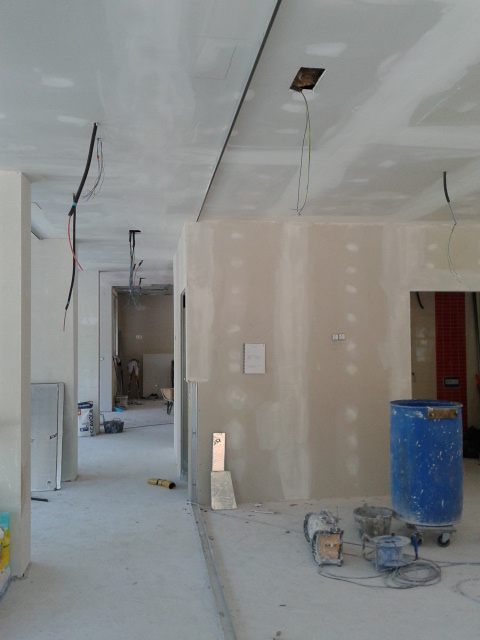 This picture shows the placement of anti-impact rubber pavement on the playground area outside. 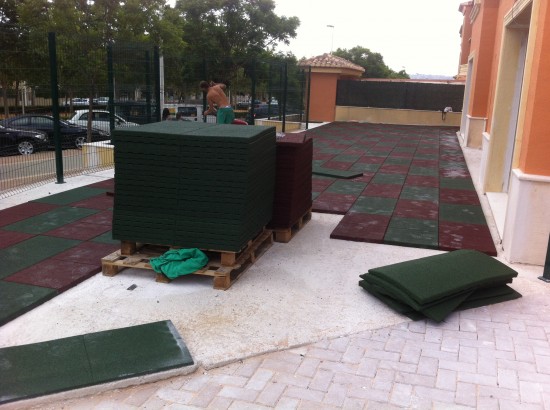 These types of buildings end up having a high degree of electrification due to the large number of facilities that should stay as it is not only the electric power, but also the automatic climate system control, with renovation and filtration air system, the fire detection and extinction system, recirculation water pumps and reverse osmosis water treatment system... Proof of this is the photograph of this electric box, which control the mechanisms of just a classroom ... Imagine how big the main one could be! 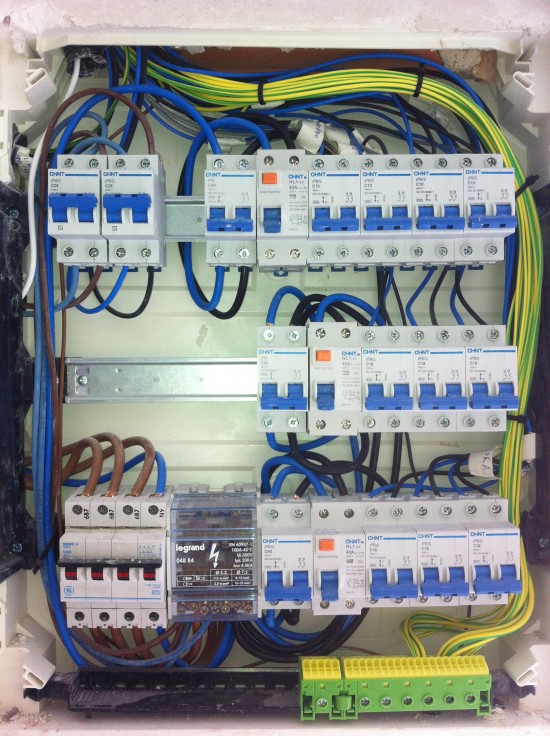 As I said earlier, it is very important to use colors in the children's areas, as it is shown in the following image, by applying colored pavement. In this picture you can also see other details, such as the elevated position of the plugs, to avoid contact of children, child-sized toilet, the sink in the classroom to be used with the bassinet, etc. 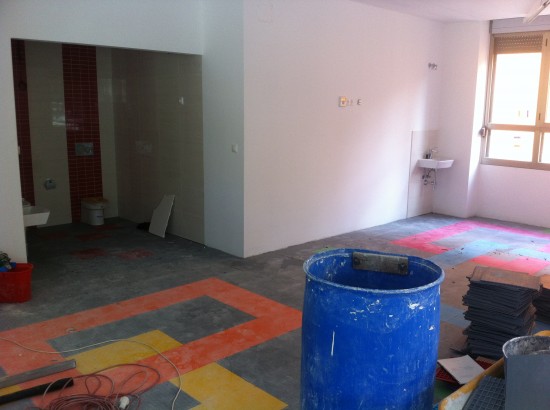 Finally, in this photograph you can see the assembly of the food preparation area. 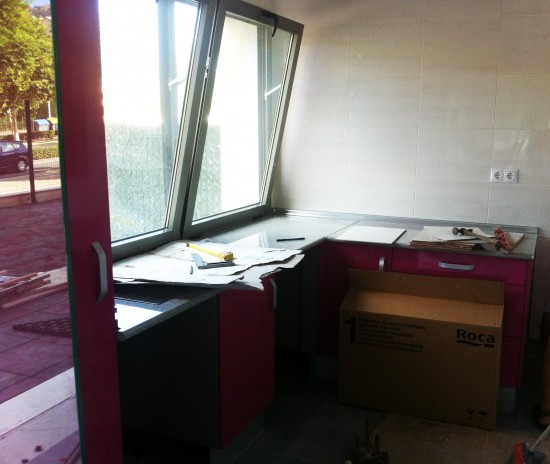 This has been a brief summary of the main construction works made for the Caragolets Nursery School. Coming next we will show you pictures of how looks this construction finished. Do not forget to visit us to see the final result ... it's going to be spectacular!